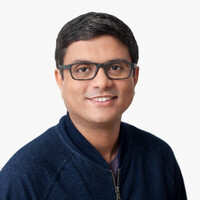 Bio:
Uttam leads Global Programs for Developer Community Ecosystem and Google for Startup Accelerators across Americas at Google. In his current role Uttam has built and grown the Global Programs organization driving Awareness, Education/training, Adoption and Feedback for Google’s developer products among Developers worldwide while keeping needs of the Developers first. Developer Relations Programs which Uttam & his team work on scale to over 130 countries worldwide, reaching over 3Mn devs in-person every year.